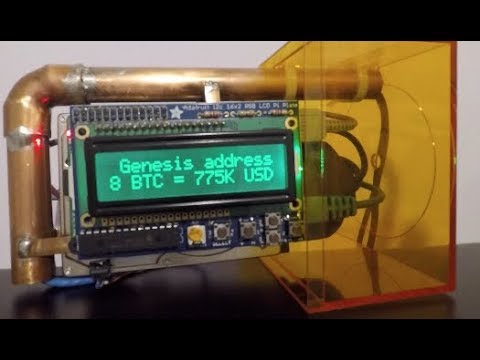 I was thinking about the apparent difficulty people have in obtaining Bitcoins, particularly people who are new to the currency, and also the idea of getting more people involved in Bitcoin.
I had this idea for a "Bitcoin dispenser". Basically a small computer (Raspberry Pi?) with a small LED/LCD display, a coin/notes slot and a thermal printer, like a receipt printer for example.
It displays the current exchange rate, and you put coins/notes in, the display shows you how much BTC you'll get for that amount. Press a button, and the printer prints a paper wallet and transfers the funds to it.
I just can't see major stores accepting these any time soon, not sure if the profits would be high enough... but they could start out in hackspaces and other places? Would need to physically secure them obviously.

I have decided to put together a physical point of sale system to demonstrate how Potcoin can be used in the real world. I have seen a system used in my local Pub with Bitcoin that I would like to replicate with Potcoin. I have also seen various examples on the net. I am also in contact with a company that specialises in adapting machines i.e. vending, petrol pumps to take BTC who I am sure will help me with some of the programming.
Hardware wise there are 2 ways I can go about this.
(A) Dedicated Laptop/PC with extra 15" screen (possibly touch screen). (B) Raspberry PI, keypad, LED display and small 4 or so inch screen.
Option A is what we will most likely see in a coffee shop, dispensary etc.. it will be a lot more expensive to create and not as easy carry around for demonstrations. I have a spare netbook but its being used by colleagues at our screen printing studio for the time being.
Option B will be less expensive to build and easier to transport to locations just for a demonstration on how the proper system will work.
I want to start with Option B first but it will take me 3-4 weeks to get the funds together to start.
I can either afford a raspberry PI or a couple of the items this weekend and then the rest in 2 weeks.
If anyone has a spare Raspberry PI, USB Keypad, LED display and Mini LCD that they would like to donate I would really appreciate it.
If anyone would like to donate POT, or purchase the items for me and have them posted to me to speed up the project let me know. The whole project shouldn't cost more than $100.
When I have successfully created the device I plan on making a demonstration video that can be sent to vendors and releasing all the code and creating a tutorial so people can have a go at doing doing it themselves. I am also planning on getting a proper sized touch screen some time in the future to try and create a multi crypto point of sale system.
Also is there any news on mobile wallets as they will be crucial to the project?

This is a sample application developed using TrustNote headlessRPC and TrustNote Python SDK. The following tutorial installs headlessRPC on the Raspberry Pi and turns the Raspberry Pi into a wallet. Keeping an eye on the price of bitcoin as it returns to the moon! :) This bitcoin ticker is displaying the CoinDesk BPI in GBP (updates every minute). Built using a Raspberry Pi - B+ with BelleVue ... Getting started with 16x2 LCD Display for Raspberry Pi - Duration: 2:18. Leon Anavi 22,529 ... How to make a Raspberry Pi Bitcoin Mining Rig - Duration: 9:43. Tinkernut Labs Recommended for you. 9 ... This video is unavailable. Watch Queue Queue. Watch Queue Queue A tipping machine built on the Raspberry Pi with a LCD to display tipped amount. The program that controls everything is written in the wolfram language and is using the chain.com API.